We welcome Yogi Raj ji  – Dr. Vishvpal Jayant (Dr. of Ayurveda Medicine) to 1st Humanity Fellowship as our Director of Ayurveda and Power Yoga. Yogi Raj will help us establish the practice of Ayurveda in our Centres. 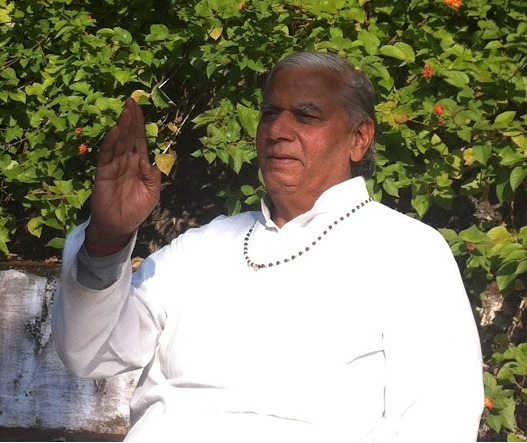 He is an expert in Nadi Parikshan. His accomplishment and service work he does.

He has forty years of experience in diagnosing and treating patients with herbal medicines formulated by him, for various ailments like diabetes, digestive problems, urinary and sex related diseases, respiratory problems, infections, skin disorders, arthritis etc. His followers from USA, Canada, UK, Europe & Asia have all benefitted from his healing touch.

His fame as an Indian Yoga Guru & Doctor and his achievements are a milestone for any proponent of Vedic Health System. He has mentored several pupils, who now as Yoga trainers are carrying on his good work in the promotion of Yoga abroad.

Yogiraj attained the highest level of proficiency in Asana, Pranayam, Dharana and Dhyan through intense yoga sadhan besides unraveling the knowledge and practice of Yoga. When Yoga and Ayurveda work in tandem, the results are much better.

Yoga exercises are tailored to the capability of the individual, based on his/her medical condition. Followers are prescribed a regimen of Yoga along with their Ayurvedic medicines. The number of followers that have benefited from Yogiraj’s treatment is a testimony of his popularity that has grown year-after-year in the past 10 years at the International Yoga Festival held annually in Rishikesh.

Dr. Yogiraj is an expert practitioner of Nadi Parikshan.